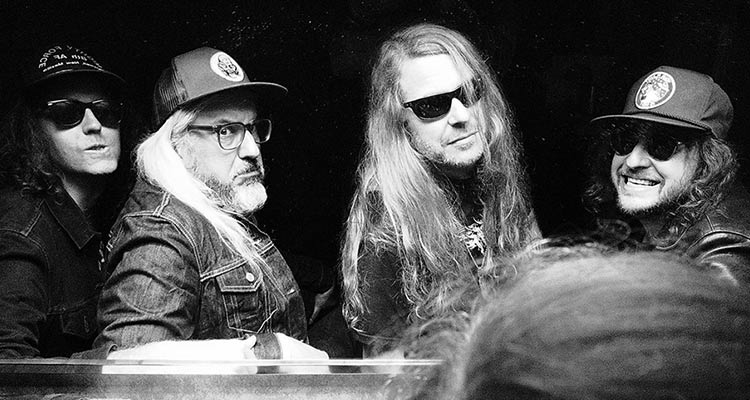 Talk about the chance of a lifetime: Witch don’t perform all that often, making it all the more satisfying we were able to bill the Massachusetts foursome.

Founded in 2005, this American stoner outfit is the brainchild of Dinosaur Jr. guitarist J Mascis and his buddy Dave Sweetapple, whose seemingly contradictory background makes for a unique hybrid. For this hobby project Mascis mans the kit, Sweetapple plays bass and the guitarist tandem Kyle Thomas-Graham Clise completes the line-up. Their debut hit the shelves in 2006 and exhibits clear Black Sabbath influences. The occult lyricism is also reminiscent of 70s doom. On ‘Paralyzed’ (2008) they take no detours: the doom influences are largely chucked overboard for what is basically a straight-up rock album with more compact tracks. Fans of Saint Vitus and 70s Sabbath will want not want to miss Witch’s Alcatraz debut.