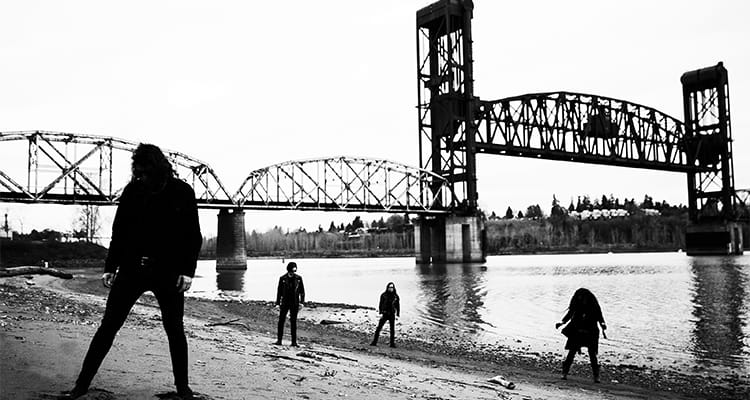 Unto Others, the band formerly known as Idle Hands (a name they had to drop due to Idle Hands being trademarked in 2014), are a goth/heavy metal band from Portland, Oregon.

When frontman Gabriel Franco established the band in 2017 he had to look up The Cure and Depeche Mode when people told him his band sounded like them. The trio in Unto Others is actually the line-up of the band Spellcaster minus guitarist Bryce Adams Vanhoosen but Unto Others are no heavy/speed metal band. Their 2019 debut ‘Mana’ combines goth rock, traditional heavy metal and 80s new wave influences (The Mission, anyone?) into a unique and infectious amalgam. Gabriel Franco’s gothic style vocals are a perfect fit for the emotional and melodic guitar work and he cites Spanish rock band Héroes del Silencio as his biggest influence. In the late autumn of 2021 they toured Northern Europe with Arch Enemy, Carcass and Behemoth and this summer they are playing Alcatraz for the first time. A band with a singular sound that will appeal to fans of goth rock, new wave and melancholic metal.