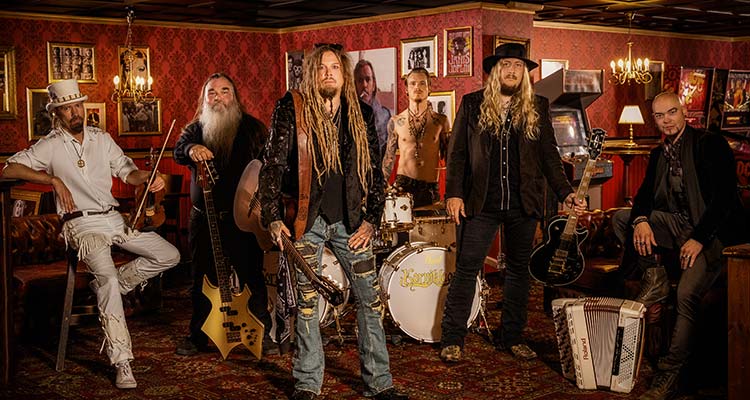 Korpiklaani or ‘Clan of the Wilderness’ initially played folk music before Finnish colleagues Finntroll inspired them to change musical directions and add metal to the menu. For over a decade, the masters of Finnish folk metal have been the perfect antidote for boredom.

They always get the crowd moving and drinking – and not necessarily in that order. Korpiklaani are always in a festive mood and that’s just what our festival is all about. With eleven albums in less than two decades they’re as prolific at writing music as they are at drinking and partying. Power metal grooves, thumping and very moshable songs that all you Happy Little Boozers out there like to sing and drink along to… What more could you ask for? If you want to know what you’re in for check out their first-ever concert album/film, recorded in the Czech Republic at the 2016 edition of Masters of Rock.