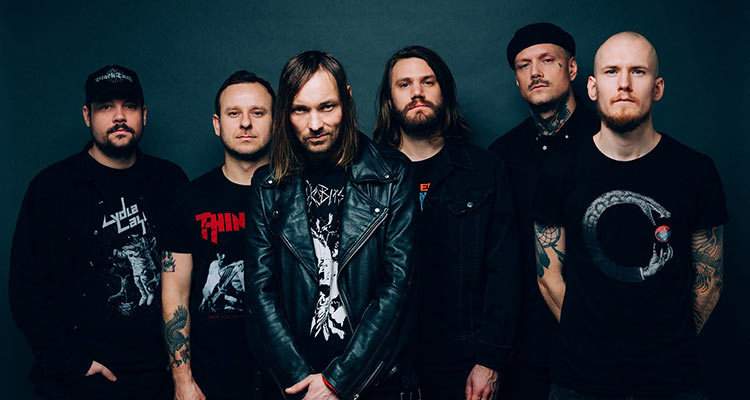 The Norwegians from Kvelertak - ‘Stranglehold’ in English - are somewhat of a rarity on the metal scene.

They draw inspiration from the most diverse genres: black metal, industrial metal, blues, punk, garage rock, grunge, alternative rock, death metal - the list goes on. Adorned with artwork by Baroness’ John Baizley, their self-titled debut ‘Kvelertak’ (2010) raised eyebrows across the globe due to the variety of influences. The songs are always fun and their infectious lust for life is one of the reasons why their live shows are so memorable. Apparently even Norway’s crown prince Haakon is a big fan. Kvelertak describe themselves as a rock ‘n’ roll band more than anything else so the Van Halen and Thin Lizzy-style hard rock vibe on their most recent outing ‘Nattesferd’ (2016) is no surprise. The Norwegian lyrics make it all but impossible for the fans to sing along but the music speaks for itself. In 2018 vocalist and figurehead Erlend left the band and was replaced by Ivan Nikolaisen, who contributed guest vocals to ‘Blodtørst’.