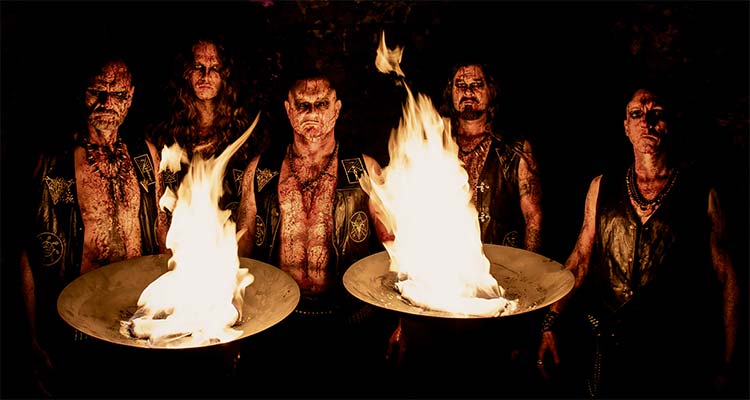 One of the most promising and talented newcomers on the Flemish black metal scene in recent years is Serpents Oath.

If their first album ‘Nihil’ (2020) was a serious body blow, follow-up ‘Ascension’, referring to Satan’s ascension to the throne vacated by an absent God, takes things up a notch. Recorded with Andy Classen (Belphegor, Asphyx, Rotting Christ, Krisiun, etc.) at the helm, the tracks are noticeably more brutal and heavier as well as less indebted to the Swedish vibe that perfused the first album. It’s clear to see that the addition of two band members helped define the extreme metal signature on ‘Ascension’. Suffice it to say that Serpents Oath are a personal favourite in Alcatraz circles!