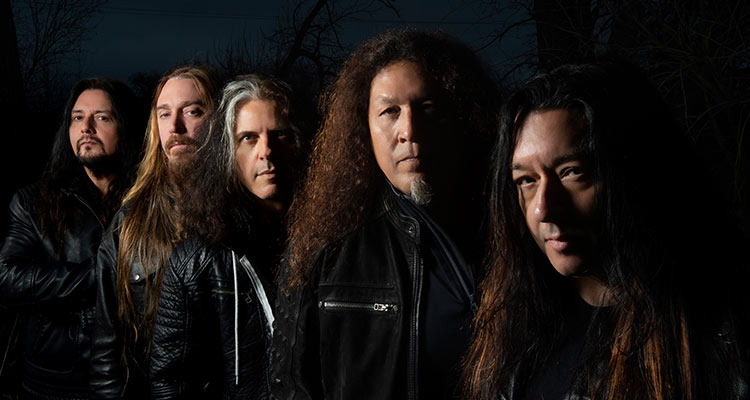 With ‘The Legacy’ (1987), Bay Area thrashers Testament released one of the greatest metal debuts ever. Following a quick rise to fame with the first four CDs, their popularity peaked with 1992’s ‘The Ritual’.

The next decade was marked by numerous personnel changes and a double cancer scare for then lead guitarist James Murphy and singer Chuck Billy. Both recovered and 2008’s ‘The Formation of Damnation’ marked a fine return to form, due in large part to the stability provided by the Billy/Peterson/Skolnick backbone. ‘Dark Roots of Earth’ (2012) resuscitated the vibe of their late 80s/early 90s successes and as a result, expectations were high for the next one. ‘Brotherhood of the Snake’ (2016) catches Testament firing on all cylinders, a momentum that was carried forward going into ‘Titans of Creation’ (2020). During their European tour in support of this album Chuck Billy, his wife and several crew members contracted Covid-19, forcing them to cut the tour short. ‘Titans of Creation’ is classic Testament and Covid-worries aside, the pandemic also freed up additional time in terms of production. Check out Testament’s live recording ‘Dark Roots of Thrash’ (2013) to get a taste of what they’re about!