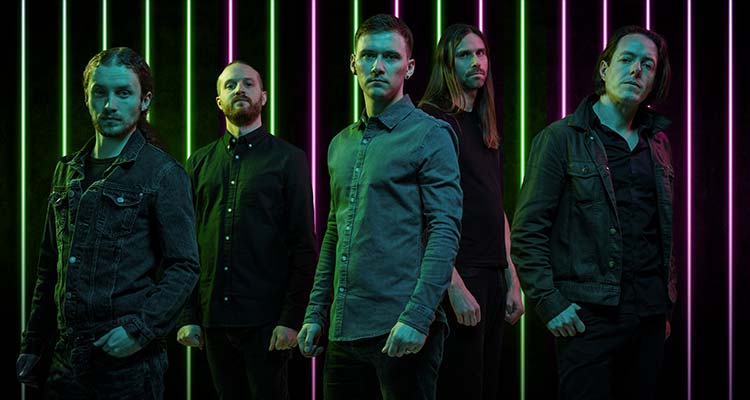 Formed in 2003, TesseracT are an English progressive metal band and one of the driving forces behind the djent movement. Prog metal is extremely demanding in terms of creativity and musicianship, two characteristics TesseracT have in spades.

A long time in the making, their debut ‘One’ (2011) was a bombshell of an album. Follow-up ‘Altered State’ (2013) was just as hard-hitting despite the absence of harsh or screamed vocals, which are used sparingly on ‘Polaris’ (2015), a multi-layered, groove-oriented CD steeped in the odd time signatures, polyrhythmic structures, dissonant chords, intricate riffs, ethereal passages and breathtaking melody lines so typical of TesseracT. The return of vocalist Dan Tompkins, who was absent on ‘Altered State’, brought it all full circle. 2018’s ‘Sonder’ (2018) is a concise album that shrugs off all metal labels in favour of atmosphere and an easy-listening quality that belies the band’s progressive metal roots. With ‘Portals’ (2021), TesseracT have used the time freed up by Covid and the resulting cancellation of all concerts to deliver an eerily perfect live recording that is certain to get you in the mood for their performance at Alcatraz!