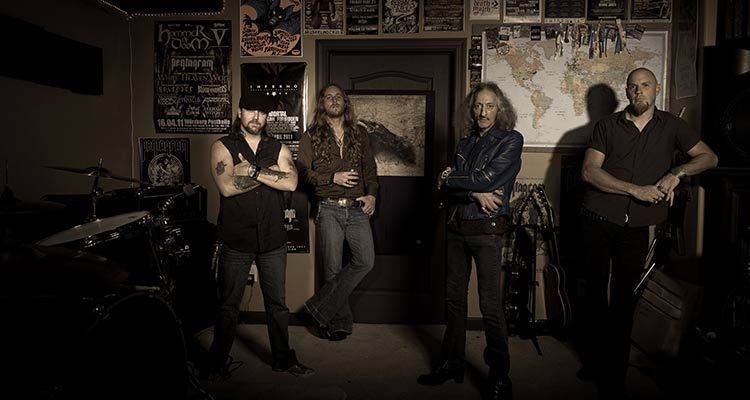 This American doom formation around cult figure Bobby Liebling sees the light of day in 1971 but despite a steady flow of demos and rehearsal tapes, they are unable to put out a full-fledged record during their initial stint.

When their eponymous full-length debut finally drops in 1985, a larger underground audience is introduced to Pentagram’s music and the genius of lead singer Bobby Liebling. Two years later ‘Day of Reckoning’ dots the i’s and crosses the t’s, thanks in part to the superior production. Following the success of their sophomore effort the band is thrown into turmoil again but 1994 is still a memorable year thanks to ‘Be Forewarned’, an epic slab of quintessential doom metal underscored by the eloquence of Liebling’s lyrics and delivery. Being doomed is forever and this album also has that timeless quality. The next lull in their career is broken in 2011 by ‘Last Days Here’, a documentary on Bobby Liebling that wins ‘Best Music Documentary’ at the IDFA. Pentagram subsequently release two more excellent albums ‘Last Rites’ (2011) and ‘Curious Volume’ (2015) but if you really want to get to know the band we recommend buying the DVD ‘All Your Sins’ (Peaceville), a reference work that offers more than 6 hours of live material compiled over the decades.