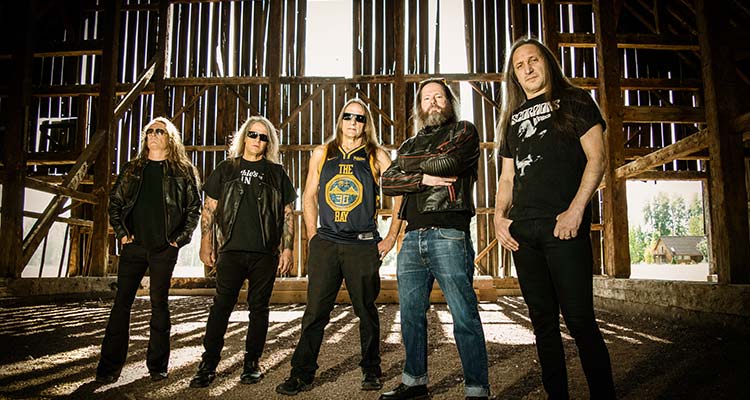 Californian thrash metallers Exodus are one of the pioneering bands of the Bay Area thrash scene. Formed in 1980, their catalogue speaks for itself and their 1984 debut ‘Bonded by Blood’ is a thrash masterclass.

Throughout Exodus’ 40+ years in the business there have been many line-up changes, the last one in June 2014 when singer Rob Dukes left after nine years to be replaced with former vocalist Steve Souza. A decade after Souza’s last contribution on 2004’s ‘Tempo of the Damned’, ‘Blood In, Blood Out’ rekindled the vibe of the band’s early years with a collection of classic, balls-to-the-wall thrash tracks that make a lasting impression. After what was the longest lasting recording hiatus in the band’s career, ‘Persona Non Grata’ hit the shelves in 2021. Arguably the heaviest album to date with Steve Souza on vocals, the seven lean years in terms of recordings have clearly done nothing to dull the band’s edge. Exodus have never compromised their thrash foundation in favour of commercial appeal. Check out ‘Clickbait’ and ‘The Beatings Will Continue’, the first two singles off the album.