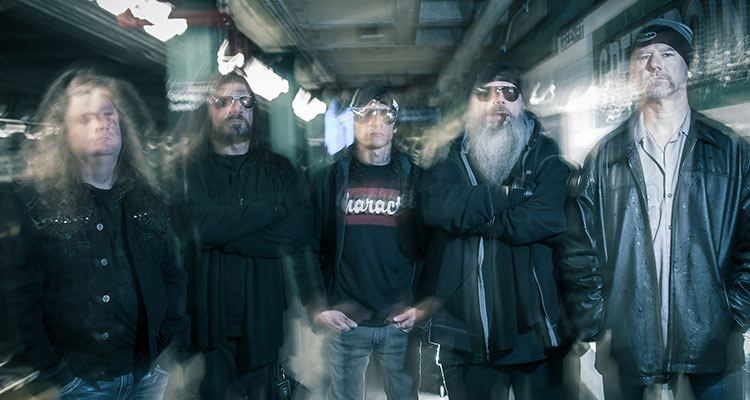 Alcatraz likes to bill the prime movers of classic genres and New Orleans sons Exhorder certainly fit the bill. A few years ago they delivered a scorching set and now they’re back in support of their new slab ‘Mourn the Southern Skies’ (2019).

Founded in the mid-80s, their 1990 maiden album ‘Slaughter in the Vatican (1990) was a pure thrash metal album that made a huge impact on the local metal scene. Their sophomore effort ‘The Law’ (1992) is regarded as an influential release in pioneering the groove-oriented thrash metal sound that would later be made successful by the likes of Pantera, Machine Head, Lamb of God and others. They split in 1994 before the all-important third disc could materialise. Exhorder was resurrected between 2008 and 2011, a reunion that ended with the passing of bassist Frankie Sparcello. A new full-length wasn’t released until 2019 with ‘Mourn the Southern Skies’. Good things come to those who wait because this is an all-out assault that ventilates all of the pent-up energy of more than two decades. The sludgy/doomy title track sets the stage for the groovy thrash attack that follows. Exhorder are back... with a vengeance.