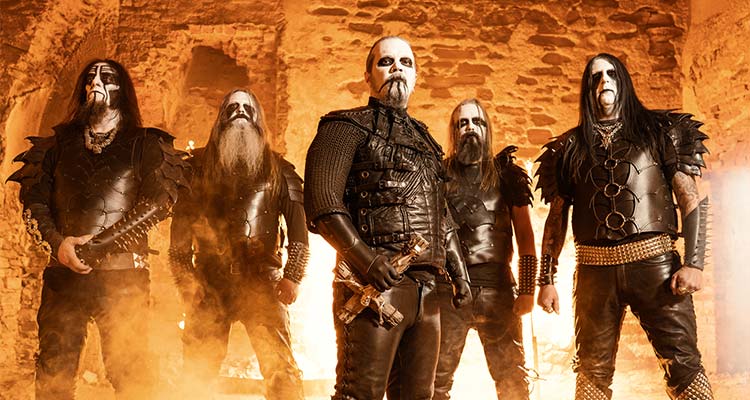 Dark Funeral obviously need no formal introduction. These iconoclasts in the employ of Satan have been around since 1993 and are still considered one of the genre’s leading bands. In 2015 they released the extended play ‘Nail them to the Cross’, the first material featuring new vocalist Heljarmadr, who replaced Emperor Magus Caligula after 15 years of faithful service.

Their last full-length to date is ‘Where shadows Forever Reign’ (2016). The ingredients haven’t changed: corpse paint, spikes, incredibly fast black metal and blasphemous, anti-Christian lyrics. It is one of Dark Funeral’s strongest and most accessible statements to date despite the issues that plagued its production such as the departure of bassist Natt. Heljarmadr proved early on to be more than capable of filling the shoes of Magus Caligula which, in itself, is an amazing feat. The history of Dark Funeral is rife with personnel changes but this has never affected their outlook or output. Get ready for a black metal master class by the ineffable kings of Swedish black metal.