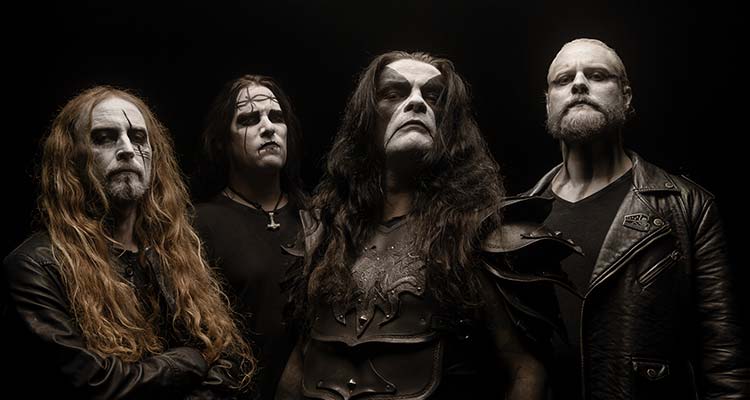 Abbath Doom Occulta, or Abbath for short, is the former frontman of Norwegian black metal legends Immortal. While Abbath’s former brother in arms Demonaz carries on the Immortal name, Abbath struck out on his own.

In 2015 he formed Abbath and recruited bassist King (ex-God Seed, ex-Gorgoroth) and French drummer Kevin Foley and lead guitarist Ole Arne Farstadt to form Abbath. By the time their self-titled debut hit the shelves the line-up consisted of Abbath, bassist King ov Hell and drummer Creature. As was the case on Immortal’s later albums, the hard thrash influences were apparent here as well. Initially a stable line-up proved hard to find, with the bass slot in particular changing hands on several occasions. However, this didn’t stop Abbath from launching a successful tour in support of their debut. Their sophomore effort ‘Outstrider’ epitomises the very nature of the man who after more than three decades still does what he does best: explore a black metal universe of his own making where he, and he alone, reigns supreme. Like the man’s Motörhead cover band, this is an album that reminds us all that Abbath is a rocker at heart.