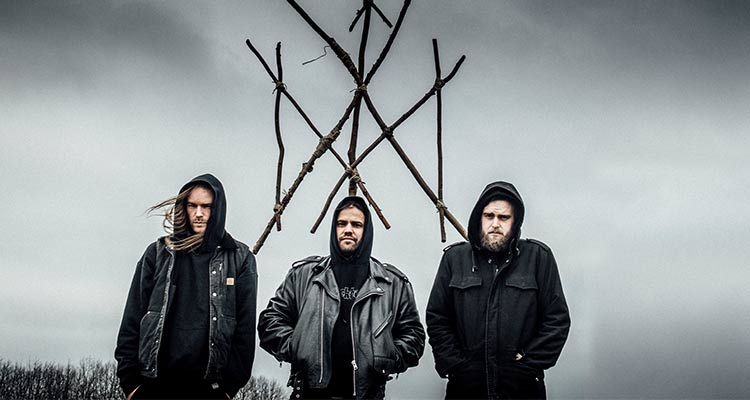 Wiegedood – Flemish for sudden infant death syndrome - is a Belgian atmospheric black metal outfit from the province of West Flanders.

Wiegedood originally formed as a tribute to a departed friend but meanwhile they’ve released three EPs with the same title, ‘De doden hebben het goed’ (‘The Dead Are Doing Fine’), instalments I, II and III. All three members have earned their spurs with other bands such as Oathbreaker, Amenra and Rise and Fall. Interestingly enough there’s no bassist, which only adds to the individual character of their sound. Wiegedood doesn’t deal in lengthy stories; instead the soundscape they create is used to convey a range of emotions, sometimes crushing, sometimes brittle and vulnerable. The impact of the music is heightened by the use of sparse lyrics, with a delivery that rips into your soul. Wiegedood are not innovators but they possess the uncanny ability to flesh out a Burzum or Marduk-esque snippet of black metal into a lengthy song structure that sounds captivating even though it’s all variations on the same basic theme. Last year at Graspop they knocked the Marquee flat on its ass so don’t miss out!