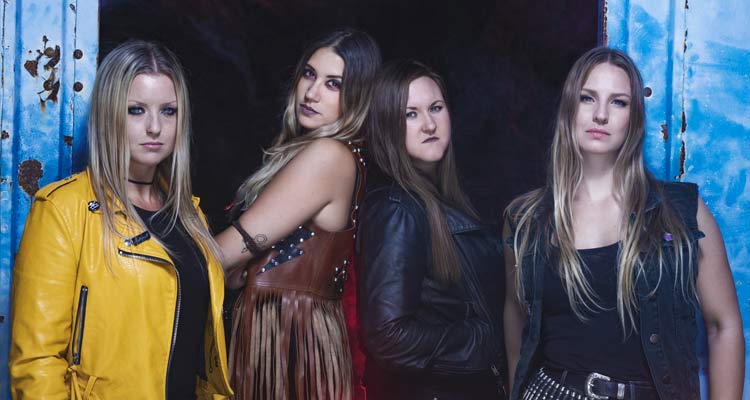 They call themselves ‘the loudest girls on earth’ and they may well be right. Thundermother is a Swedish all-female band that was founded in 2009 by Swedish guitarist/songwriter Filippa Nässil.

The first incarnation of Thundermother released two records. Their debut ‘Rock ‘N’ Roll Disaster’ dropped in 2014 but it was the quintet’s sophomore album ‘Road Fever’ (2015) that really got the ball rolling with a collection of hard rock songs straight from the AC/DC playbook but with enough twists and turns to keep things interesting. They performed at Sweden Rock Festival and toured with DAD but then in 2017 all of Nässil’s bandmates walked out, leaving her to put together an entirely new line-up just two months before the start of their support tour for The Dead Daisies. She succeeded against all odds and on their self-titled third outing the new line-up picks up where their predecessors left off. The live stage is Thundermother’s natural habitat. Guernica Mancini’s bluesy voice adds another dimension to the songs and metronome Emlee Johansson and bassist/rock chick extraordinaire Majsan Lindberg drive the rhythm section. Whipped along by Filippa Nässil’s fret-mangling riffs Thundermother will lay waste to any venue.