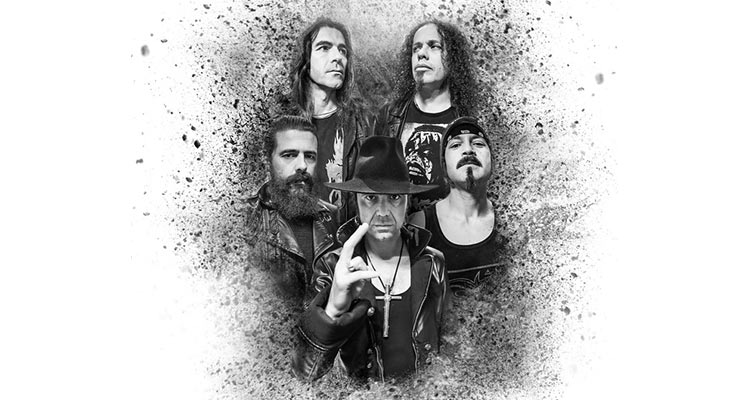 Moonspell have always been immensely popular here ever since their debut ‘Wolfheart’ and Belgium has always been a safe haven for them, even during their more experimental period.

In recent years they’ve gone back to the no-holds-barred metal of their earlier years and they’re more popular than ever. The band’s unique sound is rooted in the melancholy nature and the Mediterranean warmth that characterises the Portuguese people. Moonspell’s greatest asset is undoubtedly the charismatic rumble of lead vocalist Fernando Ribeiro, whose theatrical stage presence is the perfect eye-catcher… especially for his countless female fans! Their atmospheric dark metal is indebted to iconic goth rock acts such as Fields of the Nephilim and offers a unique mix of pure darkness and melancholy warmth. Their last three releases are as good as their breakthrough effort ‘Irreligious’. The double album ‘Alpha Noir/Omega White’ (2012) was followed by ‘Extinct’ (2015), a record that ventures deeper into gothic territory than some of their previous offerings. It is primarily a melodic album where the vocals – sometimes whispered and intimate, sometimes harsh, sometimes clean-sung – and the keyboards take centre stage. Their most recent offering ‘1755’ is a concept album sung entirely in Portuguese. Moonspell has never shied away from experiments and as a result, their catalogue is extremely varied and the live set list is always a surprise.