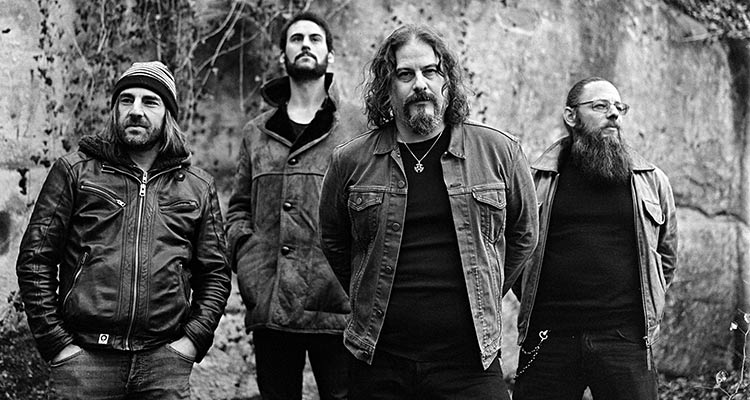 Monkey3 are a Swiss instrumental psychedelic stoner rock & space rock band that grew organically from a jam session community that focused on the above genres. They released their eponymous debut in 2003 under their own steam and the following year they were signed by Belgian label Buzzville Records.

Their sophomore outing ’39 Laps’ firmly established their unique blend of psychedelic/stoner/prog/space rock and a relentless touring schedule and festival appearances helped them build an excellent live reputation. On ‘Astra Symmetry’ (2016) they venture into unknown territory with the introduction of vocals on several songs without detracting from the overall atmosphere. In light of the album’s favourable reception it might have seemed logical to add more vocals next time around. However, their most recent effort ‘Sphere’ (2019) is once again 100% instrumental and has been universally hailed as (one of) their best release(s) to date. In 2016 they regaled the fans at Alcatraz with a full rendition of their classic ’39 Laps’ record and now they’re back for another transcendental, intergalactic trip across astral soundscapes entirely of their own making.