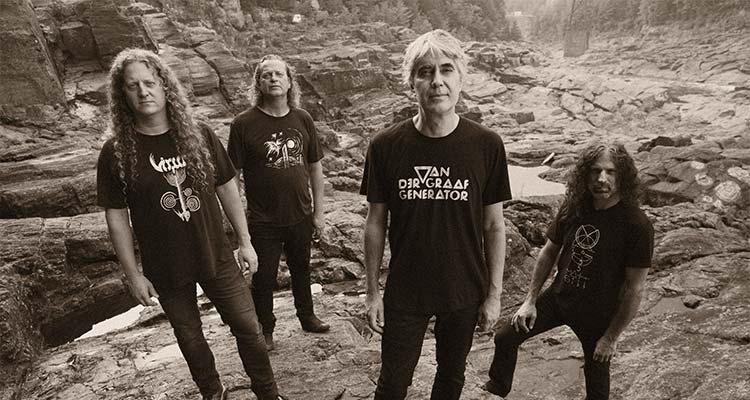 Credited as one of the big four Canadian thrash bands, Voivod formed in 1982 in Quebec, Canada. Initially influenced both by the NWOBHM and progressive 70s rock in the vein of Rush, they’ve embraced other influences over the years in a perpetual quest for musical innovation.

Their lyrical themes include Cold War politics, science fiction and, more recently, man’s destruction of the planet. The introduction of prog elements on ‘Killing Technology’ and ‘Dimension Hatröss’ led to their breakthrough in the latter half of the 80s whereas 1990’s ‘Angel Rat’ has been dubbed alternative metal. Despite a number of personnel changes over the years they’ve continued to put out albums and tour on a regular basis. Tragically, founding member and guitarist Piggy succumbed to complications from colon cancer in 2005 but not before leaving instructions for his band mates on how to record the material that ended up on ‘Katorz’ (2006). With ‘The Wake' (2018) and ‘Synchro Anarchy’ (2022), the current incarnation of Voivod has added two progressive thrash gems to their discography in a subgenre they helped pioneer with 1987’s ‘Killing Technology’. Their latest album in particular pays testament to their enduring skills and sophistication without ever losing their accessibility.