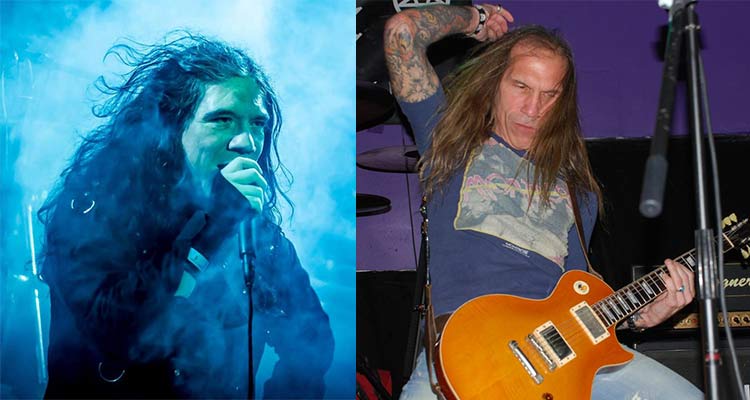 The Way Of The Wicked

With a resume that includes stints with the likes of Belladonna, Savatage, Metallium, The Bronx Casket Co. and Lizzy Borden it would be an understatement to say that Jack Frost is a gifted guitarist.

Over the years, he has always been able to recruit top-notch musicians and vocalists for his own band Seven Witches as well, ranging from Wade Black (Crimson Glory), Alan Tecchio (Hades, Non-Fiction, Watchtower) to Mike Lepond (Symphony X), James Rivera (Helstar), Johnny Kelly (Type O Negative, A Pale Horse Named Death, Danzig) and Joey Vera (Fates Warning, Anthrax) to name but a few. Despite an ever mercurial line-up Frost & Seven Witches managed to put out ten albums between 1999 and 2015 which can generally be categorised under US power metal. Fans of the genre will know obviously know the band quite well but if this is your introduction to Seven Witches: think Iced Earth and to a lesser extent Judas Priest, Accept and even Saxon and Iron Maiden. Seven Witches never did catch that big break in spite of their quality output. They’ve always flown slightly under the radar but their discography includes an arsenal of excellent songs the current line-up of Jack Frost (guitars), Dennis Hayes (bass), Jeff Curenton (drums) and James Rivera (vocals) will be more than happy to showcase at Alcatraz. Iced Earth fans will highlight Seven Witches on their programmes!