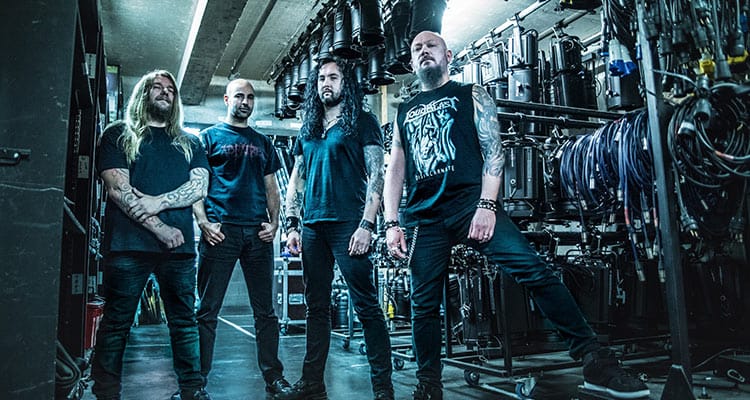 In 1985 Lille-based Loudblast is one of the first noteworthy thrash bands to storm the heavy music scene in France but when they record their sophomore effort under the watchful eye of Scott Burns at the legendary Morrisound Studios in Tampa, Florida, the result is a pure death metal album.

1993’s ‘Sublime Dementia’ incorporates progressive/groove elements and the material has stood the test of time effortlessly. Despite being the most successful death metal band in France they decide to throw the towel but they reform in 2002 when they are asked to perform at a memorial concert for Death’s Chuck Schuldiner. Singer/guitarist Stéphane Buriez relocates Loudblast to Paris and on ‘Planet Pandemonium’ (2004) Loudblast throws nu-metal elements into the mix. The lukewarm reception pushes Loudblast to the background again but a double personnel change in 2009 pays dividends in 2011. ‘Frozen Moments between Life and Death’ is a melodic death metal slab reminiscent of Hypocrisy – not surprising with Peter Tägtgren himself behind the controls. Loudblast is back in the public eye and gets to open the French leg of The Big 4. ‘Burial Ground’ (2014) consolidates the band’s new-found momentum and continues to oscillate between thrash and death, between old school and modern, but also between complexity and accessibility. The often ingenious structure of the songs is part of what makes this band unique. A new record is set to drop in 2020: their eight overall and their first outing in six years. We can’t wait to get a taste!