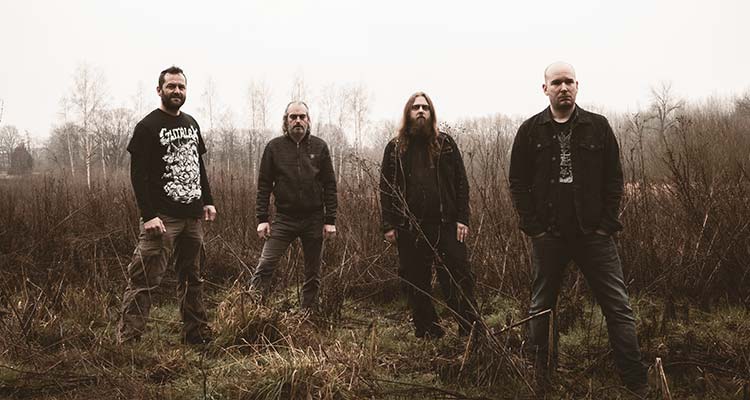 Kludde is a bit of an exception on the Flemish metal scene. Named after a fictitious character from folklore, a tormentor that often hides under bridges or in hollow trees, Kludde not only sing in their regional dialect but they also spice up their razor-sharp black metal with a generous shot of black ‘n’ roll.

In the wake of the excellent demo ‘Langs Scheld en Denderland …’ in 2002 and a split CD (with Wanhoop) in 2004, they put out a blazing maiden full-length with ‘In Den Vergetelheid’ (2008). ‘Vergetelheid’ translates as ‘oblivion’ and coincidence or not, over the next decade it seemed as if he sands of time had swallowed Kludde until they put out a second album. ‘In De Kwelm’ sounds even more evil than its predecessor, although Kludde are no stranger to the occasional bit of tongue-in-cheek humour. Musically they alternate warp-speed riffs with dirty sludge on a bed of dungeon-deep vocals that tell tales of the ghastliest cesspools and places of desolation.