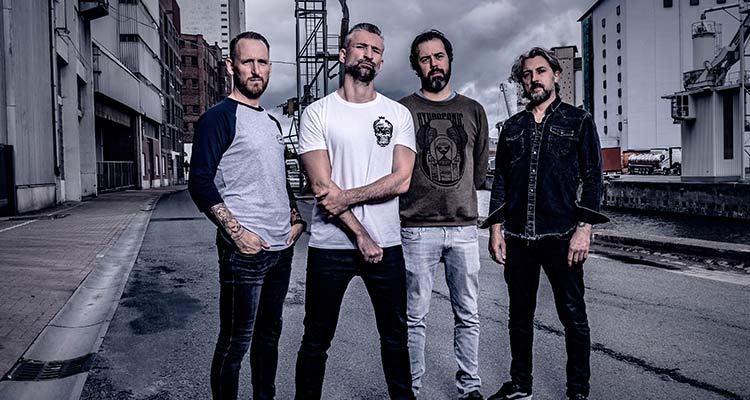 Named for one of the villains in the 80s animated TV series ‘He-Man and the Masters of the Universe’, Belgian stoner/rock/groove band King Hiss formed in 2011.

Armed with tons of conviction and experience gleaned from stints with the likes of Liar, Congress and Mans Ruin, the Kortrijk-based quartet made an instant impact on the Flemish heavy music scene with their maiden EP ‘Snakeskin’, a collection of 7 rousing tracks that left us begging for more. They describe their music as ‘the bastard child of Mastodon meets Kyuss' and their blend of rock, metal, stoner and groove generates a head-nodding – hell, a headbanging factor that’s off the chart. Their self-released debut full-length ‘Sadlands’ (2014) showed a lot of promise and paved the way for the critically acclaimed ‘Mastosaurus’ (2016). Meanwhile opening slots for the likes of Red Fang, Kvelertak and Life of Agony have proven that King Hiss are ready for the next step in their career. On the recently released ‘Earthquaker’ (2019) King Hiss share their insights into the deteriorating state of affairs in the world and those who caught their high-octane release show for the new album will not want to miss out on these pretenders to the Belgian throne.