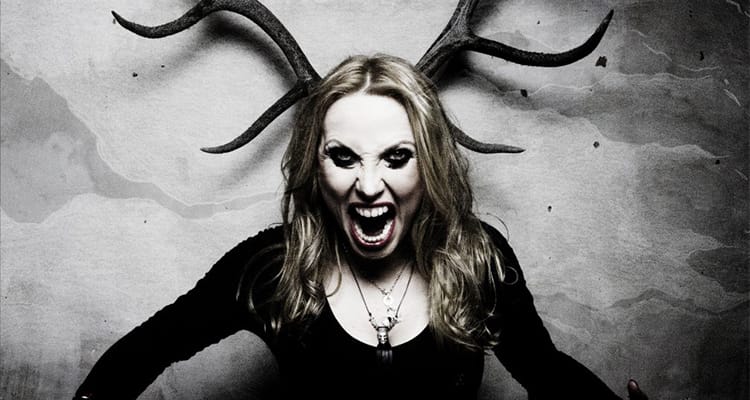 For 42 years the German thrash metal band Holy Moses has been fronted by the Queen of Thrash, Sabina Classen.

She was the first frontwoman to use the growl technique. In an interview she was once asked what it takes to be a good singer. Her reply: “What is a good singer? I don’t have a voice to sing opera but I have a mystical feeling in my body that I can bring out with my vocal cords”. Written in the vein of early Slayer and Teutonic giants Kreator and Destruction, the tracks on their first two albums were so raw and uncompromising that it took until ‘Finished with the Dogs’ (1998) - and thanks in part to a relentless touring schedule - to gain some kind of commercial foothold. Follow-up ‘The New Machine of Liechtenstein’ met with an equally enthusiastic reception and landed them a slot as openers for Sacred Reich. Never straying from their original mission statement, they’ve meanwhile racked up 12 studio efforts. Sabina adores the fact that their old school thrash appeals to young metal fans and their first appearance here at Alcatraz will undoubtedly turn scores of young acolytes on to Holy Moses.