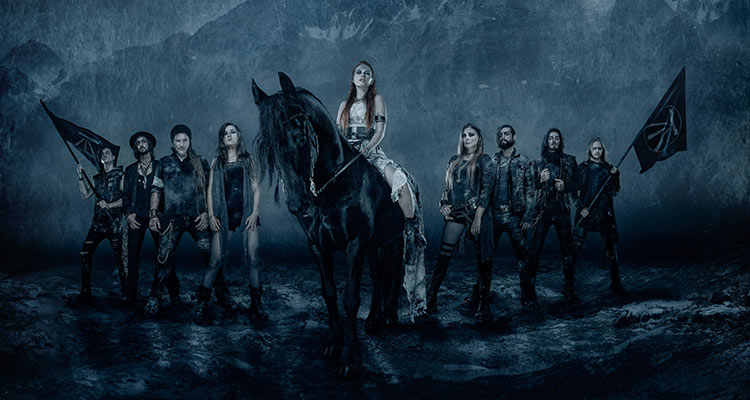 The popularity of this Swiss pagan/folk metal band has soared in recent years.

Eluveitie (‘The Helvetian’) is formed in 2002 in Switzerland by Chrigel Glanzmann as a studio project. Their music is a combination of traditional Celtic folk music and melodic death metal with obvious Gothenburg-style influences such as At the Gates and In Flames. In addition to the traditional instruments, the nine-piece uses an array of more unconventional gear including flutes, bagpipes and Celtic snare instruments. Mostly written in Schwyyzerdüütsch (old Swiss) and Gaelic, the lyrics focus on old Celtic wars and spiritual myths. Their debut ‘Spirit’ drops in 2005 and despite a mercurial line-up every new release signals the next step in a steady climb to prominence. On their most recent outing ‘Ategnatos’ (2019) the voice of new singer/harpist Fabienne Erni blends beautifully with that of founder Chrigel Glanzmann and the band as a whole demonstrate their 2019 incarnation has outgrown the label of their pagan/folk/melodic death beginnings with their most mature CD yet. If you’ve heard their recent live recording ‘Live at Masters of Rock’ (2019) you will know this music is made for the live stage.