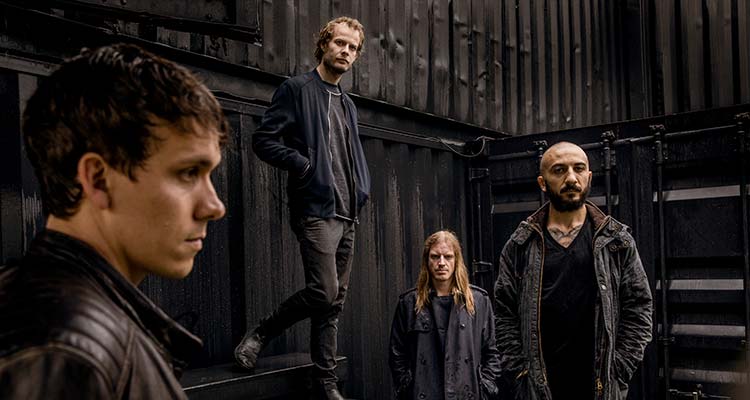 The Danish/Swedish progressive rock group VOLA emerged in 2006 in the Danish capital of Copenhagen. Prior to their first studio album they put out two EPs, both released under their own steam.

Meanwhile they struggled to arrive at a definitive line-up, finally settling in as a four-piece formation shortly after the release of their second EP ‘Monsters’. Gradually they took to steering a more progressive rock-based course influenced by the likes of Opeth and Meshuggah. This became apparent on their self-released full-length debut ‘Inmazes’ in 2015, which was reissued by the Mascot Label Group the following year. The album met with a very enthusiastic reception thanks to the innovative sound, the judicious use of electronics, excellent vocals and engaging djent riffs. Their sophomore effort ‘Applause of a Distant Crowd’ broadened their palette with an energising mix of djent, prog and electronica, with less emphasis on heavy guitars and a more accessible overall sound. Last year’s ‘Witness’ safeguards their hallmark sound while taking a slightly more experimental approach: catchy melodies, huge riffs and consummate skill make for another great addition to their discography. Try ‘Live from the Pool’ (2022) if you want to get a taste of what they sound like on stage.