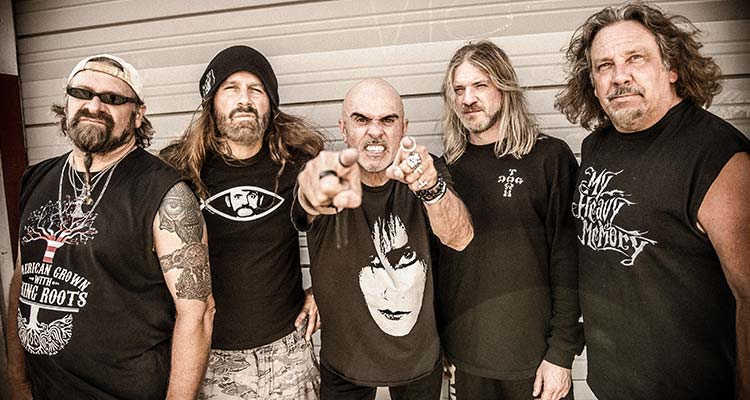 Vio-Lence was undoubtedly one of the most eagerly anticipated acts at Alcatraz 2019. Back in the day Vio-Lence shows had a reputation for being the most aggressive around. Their stage antics soon became the stuff of legend and on a number of occasions gigs were cut short because the action in front of the stage threatened to get out of hand.

Fast forward to Alcatraz 2019: any lingering doubts as to their ability to deliver the goods after all those years are instantly dispelled as soon as the first chords rip the air. The band members clearly enjoy the spectacle as pandemonium engulfs the pit. For close to one hour, Vio-Lence bombard the crowd with top-tier, ear-splitting Bay Area thrash. Twelve months later a lot has happened, including in the Vio-Lence camp. They’ve been signed by Metal Blade Records but there have also been a few line-up changes: our countryman Cristian Olde Wolbers (ex-Fear Factory, Powerflo) has taken over on bass and in early 2020 former Overkill axe man Bobby Gustafson is recruited as a replacement for Ray Vegas. So if you missed them in 2019 this is your chance to set things right. The tracks off their brand-new EP ‘Let the World Burn’, scheduled for an early 2022 release, will undoubtedly feature prominently in the set list!