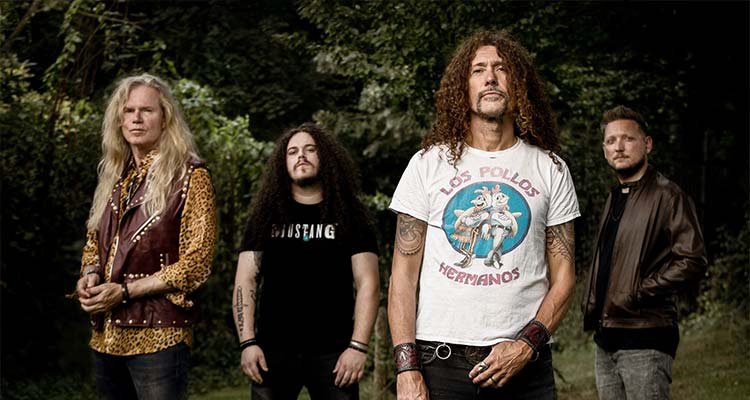 In the 80s Adje Vandenberg flew the flag for hard rock in the Low Countries. After a strong debut with his band Teaser his next project Vandenberg scored a worldwide hit with ‘Burning Heart’. In 1987 the guitar virtuoso was approached to join Whitesnake who were at the height of their fame.

Adje would remain David Coverdale’s right hand man for a full 13 years. After a side project with Manic Eden and a final tour with Whitesnake he took a step back to clear his head and spend more time with his daughter. He also made a name for himself as a painter. For many years he was no longer a permanent member of any band but this changed in 2014 with the formation of Vandenberg’s Moonkings. Despite several high-quality albums the popularity of the band waxed and waned. Ad decided to shelve the Moonkings and continue under his own name. Even though 35 years elapsed between ‘Alibi’ (1985) and Mascot (2020), the name Vandenberg had lost none of its appeal for traditional hard rock lovers worldwide. With a line-up consisting of Ad Vandenberg Ronnie Romero (vocals), Rudy Sarzo (bass) and Brian Tichy (drums), ‘Mascot’ is a collection of 10 excellent rock songs including a reworking of the 1983 hit single ‘Burning Heart’. In October of 2021 vocalist Mats Levén (Candlemass, Yngwie Malmsteen, Therion) joined the band.