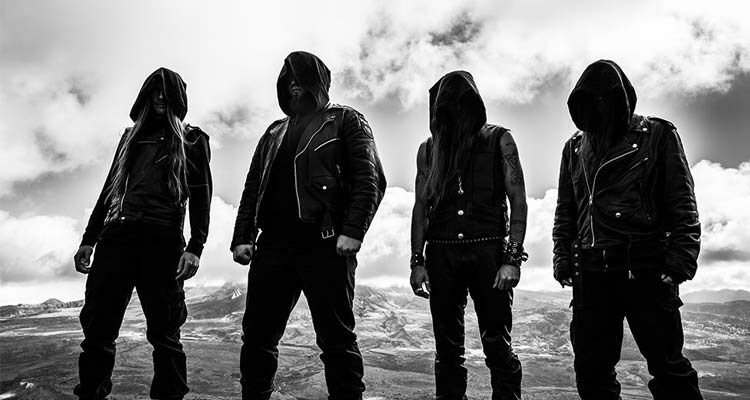 Uada is a very young band from Portland, Oregon, that came into existence some six years ago. They are ambitious as hell and their debut ‘Devoid of Light’ (2016) resulted in instant popularity.

Inspired by heathen cults and the experience of nature, their post black metal marries the intensity of Dissection and Mgla with the melodic character of Iron Maiden’s output. Still, comparisons with Mgla were ubiquitous to the point where they decided to expand their sound for album number two. The songs on their sophomore effort ‘Cult of a Dying Sun’ (2018) are drawn out and the use of acoustic guitar and piano interludes add more variation. Their third outing, ‘Djinn’ (2020), delivered the goods and also put to rest the annoying Mgla comparisons once and for all. Uada are carving out their own melodic black metal path but on ‘Djinn’ they repeatedly dip their toes into the post punk and thrash pool. The on-stage hoods and jackets add an air of mystery to the appearance of this ascending melodic black metal band that has already built a sizeable following, especially across the Atlantic. We have every confidence they’ll do just as well here.