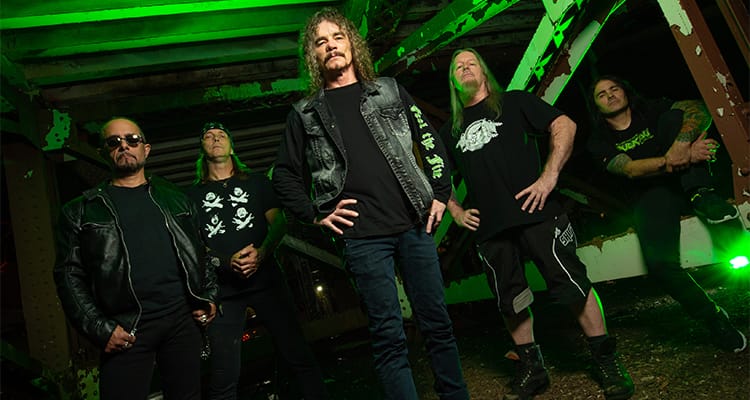 Formed in 1980, Overkill fast became a household name on the underground circuit. The release of their sophomore effort ‘Taking Over’ marked the beginning of a steady rise to fame but in the mid-90s their popularity started to wane due in part to the advent of grunge.

Then in 2010 ‘Ironbound’ signalled a marked return to form, ripping it up in true Overkill fashion; follow-up ‘The Electric Age (2012) reaffirmed the band’s status as thrash legends and ‘White Devil Armory’ (2014) was universally hailed as one of the high points of their long career. The line-up has changed frequently over the years, with co-/bassist/riffmeister D.D. Verni and the infamous shriek of singer Bobby ‘Blitz’ Elsworth as the one constant but even after forty plus years in the saddle they show no signs of slowing down. Overkill were never afraid to experiment: their discography contains contributions and influences ranging from raw to epic to progressive and the inclusion of industrial-tinged elements, from complex song structures to straightforward, balls-to-the-wall thrashers and from bluesy Sabbath-esque rock to punk rock to groove. A must-see for any thrash fan!