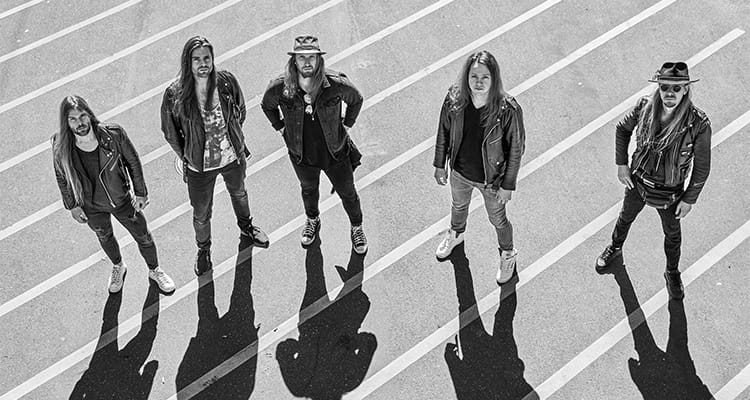 Established in 2007, Swedish band H.E.A.T. is one of the leading bands on the melodic hard rock scene, making a name for themselves early on with high-profile support slots and an excellent self-titled debut.

Shortly after the release of their second album ‘Freedom Rock’ (2010) singer Kenny Leckremo left the band to be replaced with Erik Grönwall, the 2009 winner of the Swedish version of the Idol song contest. Grönwall’s first release as lead singer was ‘Address the Nation’ (2012), which included the hit single ‘Living on the Run’. Since then H.E.A.T. has managed to build a sizeable and loyal following worldwide. ‘Into the Great Unknown’ (2017) marked a departure for H.E.A.T. as they explored the more radio-friendly side of the hard rock spectrum but on ‘H.E.A.T. II’ they returned to their signature sound. Their latest offering ‘Force Majeure’ is the first release in a decade to feature original singer Kenny Leckremo and has garnered universal praise as one of their best. Warmly recommended for fans of big melodies and catchy, expertly crafted melodic hard rock.