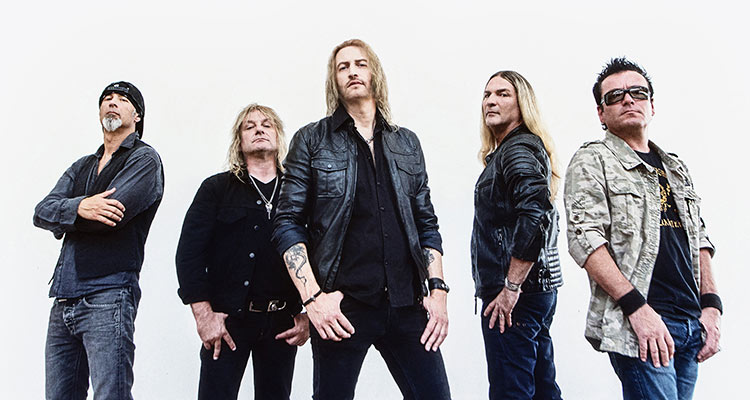 Gotthard’s self-titled 1992 debut reached gold status in their home country of Switzerland. More than two million copies and over a quarter century down the road, Gotthard is one of the most successful Swiss bands in history.

In October of 2010, the untimely demise of singer/co-founder and driving force Steve Lee left the future of Gotthard hanging by a thread. After taking some time to regroup, the Swiss hard rock outfit went in search of a worthy successor. New vocalist Nic Maeder had what it takes to fill Lee’s shoes and with the announcement of the new ‘Firebirth’ record, things were starting to look up again. Two of their last two albums have shown a slight shift in musical direction. ‘Bang’ (2014) proves they are still willing to tweak their sound thanks to an energizing mix of the best hard rock has to offer; ‘Silver’ (2017) is more of a straightforward rocker fit for big arenas and was the 11th consecutive studio album to top the charts in their home country. Aptly titled ‘13’, their thirteenth studio album was released in 2020.