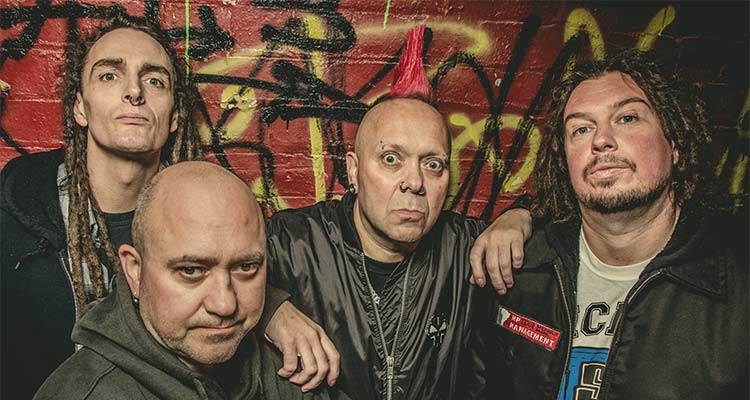 With The Exploited we’ve invited a bunch of legendary rioters to Kortrijk. The Scottish punk rock band formed in 1979 in Edinburgh and along with the likes of Charged GBH and Discharge they were the figureheads of the UK 82 punk movement.

Their 1981 debut album ‘Punks Not Dead’ resounded with disenfranchised youths across the UK and beyond, and to this day, vocalist Wattie and his younger brother Wullie Buchan are the personification of a ‘working class band’ that doesn’t mince words, preaching anarchy and denouncing social ills. Initially the quartet played aggressive street punk in the vein of the Sex Pistols, transforming along the way into a faster hardcore punk band with a heavy political slant and crossover thrash influences. Whereas some of their contemporaries sold their soul to major record labels The Exploited stubbornly stuck to their guns. ‘Troops of Tomorrow’ (1982), ‘Let's Start a War’ (1983) and ‘Horror Epics’ (1985) established an international reputation but also sparked hot debate about the musical direction the Buchan brothers wanted to take. 1987’s ‘Death before Dishonour’ showcased a more crossover thrash inspired sound that was taken one step further on ‘The Massacre’ (1990). Their final milestone is 2003’s ‘Fuck the System’ – clear enough for you? Since then they haven’t put out any new material but their back catalogue inspired a slew of bands over the years including Slayer, Anthrax, Metallica, SOD, Dropkick Murphys, QotSA, Exodus and Agnostic Front. We’re chuffed to welcome these living legends to AOA so don’t miss out!