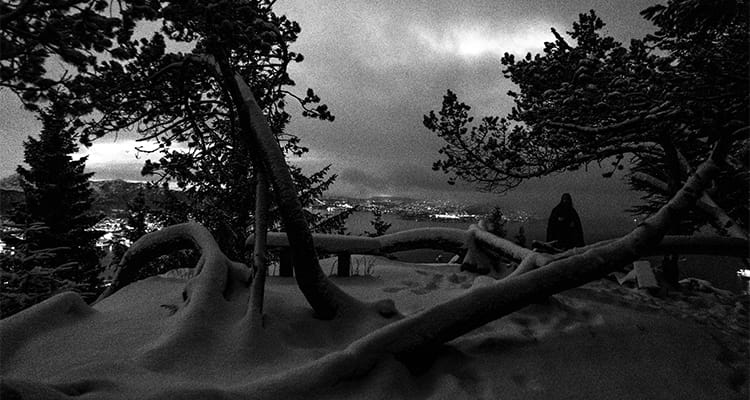 Taake – or ‘fog’ in old Norwegian - is a Norwegian black metal band from Bergen that formed in 1993 under the name Thule. The only remaining founding member is Hoest; the frontman with the impressive make-up writes and records most of the material.

All lyrics are written in Hoest’s dialect and are printed in runes. He has claimed this is because he wants to foster national pride and cultural nostalgia among his Norwegian home audience. Taake are no stranger to controversy. In 2007, for instance, they suffered severe backlash from fans and critics when Hoest took the stage in Germany with a swastika painted on his chest. As a result all the band’s remaining German gigs were cancelled. According to Hoest this was a one-off but still something to be expected of a band whose concept is “all about provocation and evil”. He may have a point because words like darkness, winter, pain, hell and Satan are fixtures on their seven albums to date. If you’re not that familiar with Taake’s output the acclaimed ‘Noregs vaapen’ (2011) is an excellent introduction.