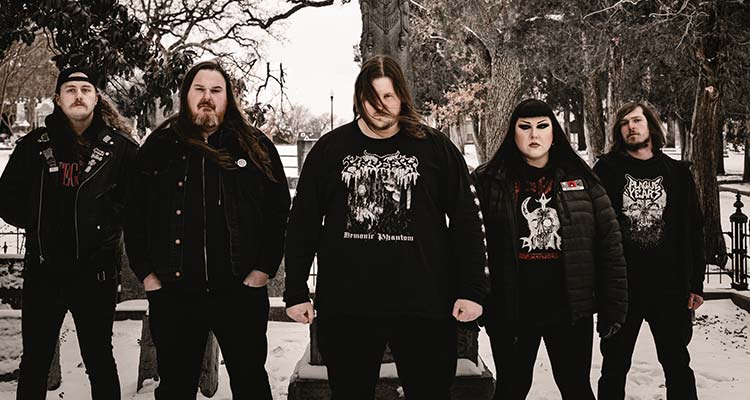 Old school death metal at its most spine-chilling. Frozen Soul live up to their name with lyrical themes such as isolation and suffering. Even their band logo exudes the kind of heartlessness that chills even the warmest heart.

This quintet from Dallas, Texas, dishes up straight-up, in-your-face death metal and has breathed fresh oxygen into the death metal scene since its formation in 2018. Frontman Chad Green and guitarist Michael Munday met two years earlier and got to talking about their predilection for old school bands like Obituary, Mortician and (especially) Bolt Thrower. Their 2019 demo ‘Encased in Ice’ tipped Century Media to their potential and in 2021 the label released ‘Crypt of Ice’. Their full-length debut sounds like the march of the Night King in Game of Thrones: there’s nothing subtle about it and that’s only fitting for genuine old school death metal.