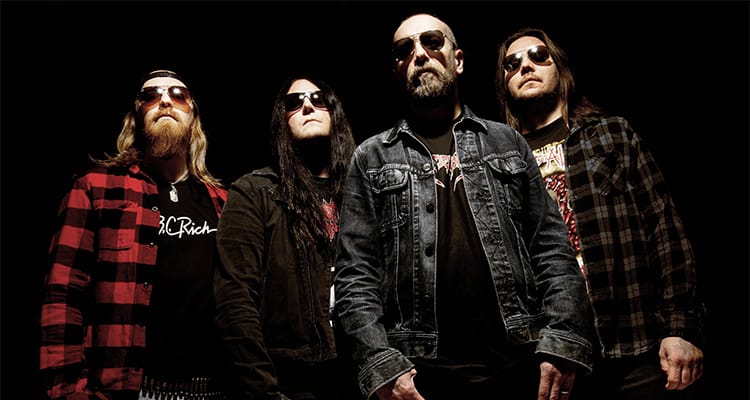 Bloodbath are a death metal supergroup formed one evening in 1998 by four Swedish friends.

Katatonia’s Anders Nyström & Jonas Renske, Mikael Åkerfeldt from Opeth and progressive death metal master Dan Swanö originally started the project as a tribute to old school death metal with a modern twist but it soon became apparent that Bloodbath were here to stay. Inspired by the likes of Dismember and Entombed, ‘Resurrection through Carnage’ (2002) and ‘Nightmares Made Flesh’ (2004) were massive death metal statements and the recording of their maiden gig, ‘The Wacken Carnage’ (2005), is legendary. After a brief spell with Peter Tägtgren on vocals Åkerfeldt returned to the fold until Paradise Lost frontman Nick Holmes took up vocal duties in 2012. His first contribution is on ‘Grand Morbid Funeral’ (2014) and ‘The Arrow of Satan Is Drawn’ (2018) added another slab of Entombed/Dismember-inspired death metal to their resume. Their latest offering ‘Survival of the Sickest’ exhibits more influences from the other side of the pond (Obituary, Morbid Angel…). This is a must-see for old school death metal enthusiasts!