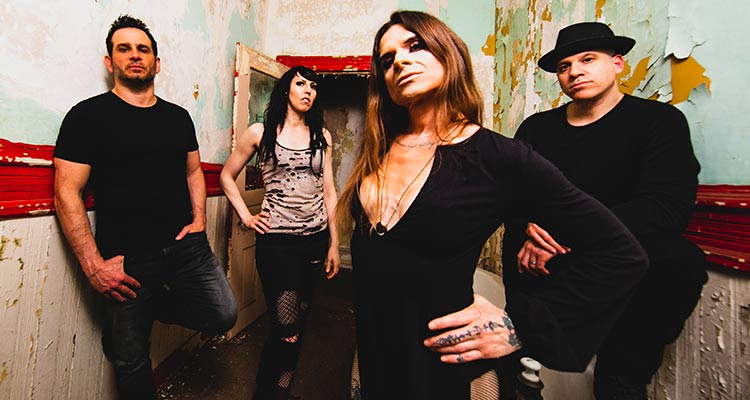 Spawned by the NY hardcore scene, Life of Agony is an American alternative metal band with a very eventful history. When their debut ‘River Runs Red’ (1993) was met with huge critical acclaim, critics predicted a stellar career for the New York foursome and they were right – initially.

‘Ugly’ (1995) and ‘Soul Searching Sun’ (1997) consolidated the band’s success but as a transgender, singer Keith Caputo was trapped in a man’s body and LoA’s success didn’t help things. In the end he couldn’t cope anymore and left; the remaining band members eventually decided they didn’t want to continue without Caputo and folded in 1999. Fifteen years and two reunions later, the original line-up reformed and Keith Caputo is now Mina Caputo. Her voice is as powerful as ever and their performance at Alcatraz Hard Rock & Metal Festival in the summer of 2014 proved that old flames can be rekindled, even after fifteen years. 2017’s ‘A Place Where There’s No More Pain’ (2017) reacquainted us with Life of Agony’s abilities and ‘The Sound of Scars’ (2019) is literally the sequel to their debut. ‘River Runs Red’ ends with the leading character trying to take his own life but the opener on ‘The Sound of Scars’ reveals paramedics saved his life. The new album brings the process full circle – call it redemption. The combination of their oldest and newest contribution will make for an amazing set list at Alcatraz 2022.