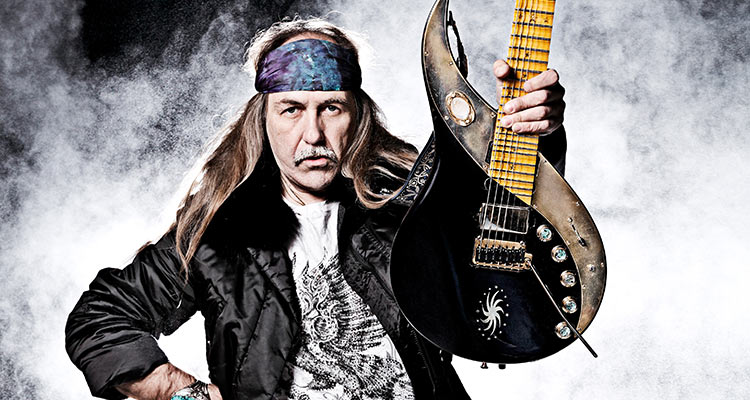 When Michael Schenker left the Scorpions it was time for German guitarist Ulrich Roth to shine. For four albums he carried the torch as the band’s lead guitarist and chief songwriter. Following his departure he went on to record three albums with his band Electric Sun and from then on he only used the name Uli Jon Roth.

His style is an amalgam of blues-based rock with European classical influences. He also made a name for himself with the G3 performances of 1998 (Satriani, Michael Shenker) and 2018 (Satriani, Petrucci). In 2019 he performed at the Golden Age Rock Festival in Liège with a set list consisting of Scorpions songs. Uli John Roth’s instrument of choice is his signature Sky Guitar of his own invention. This line of amazing six-octave guitars has a reach well beyond that of traditional guitars, enabling Uli to explore sonic ranges normally reserved for the violin and the cello. Some of his compositions were written for seven or even nine-string guitars. His style builds a bridge between the creative worlds of classical, ethnic and rock music. Starship Uli has landed!