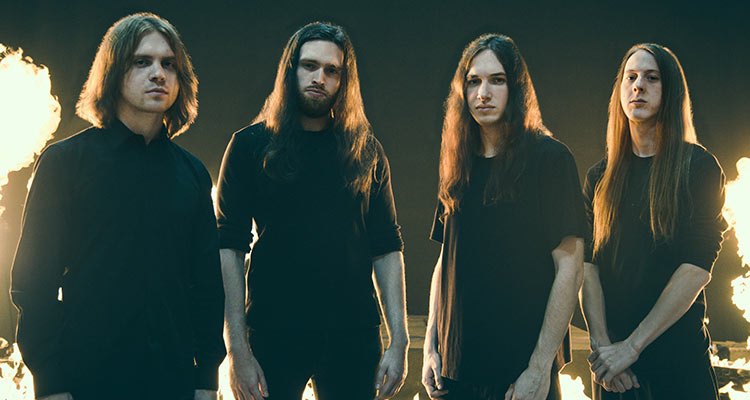 The four members of American deathcore band Shadow of Intent met up when playing in different bands on the same stage in 2013.

Their name was taken from a spaceship in the Halo sci-fi series. Lead vocalist Ben Duerr puts himself on a par with Trekkies and Star Wars fans by admitting he is a Halo nerd and since the lyrics follow the storyline of the Halo novels that’s probably a fair assessment. They don’t do record labels or recording studios. The first two albums were simply recorded at home but homely is not the way to describe their music. One site claimed that “Melancholy achieves perfection in death”, with Melancholy being the title of their third long-player, and their sophomore release ‘Reclaimer’ (2017) has been streamed several million times. Their style hints at symphonic metal and is sometimes compared to Dimmu Borgir. We call it pitch-black deathcore with a dash of progressive metal.