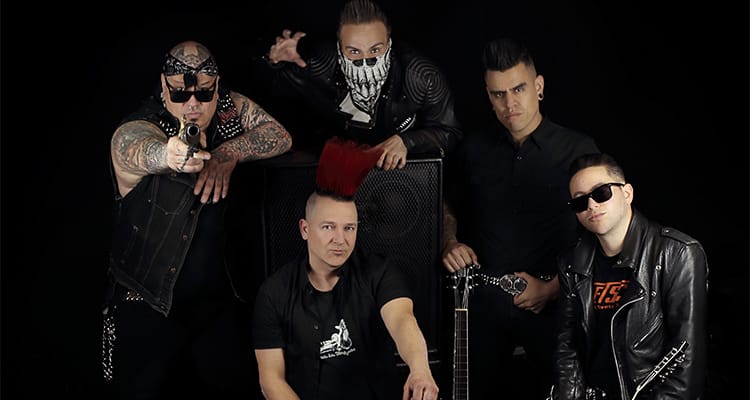 Just when you thought things couldn’t get any crazier Mad Sin enters the picture.

This German psychobilly band likes to draw inspiration from horror punk and B movies and translates them into catchy, theatrical songs that combine no-holds-barred rockabilly with country, the odd dash of metal and classic punk. Sarcasm and a tongue-in-cheek approach fit the band like a glove. Mad Sin burst upon the scene in 1987 as a deranged trio when singer and involuntary school leaver Koefte Deville, rockabilly guitarist Stein and a bassist from the gutter started off as buskers in Berlin’s shopping district. Their debut ’Chills and Thrills in a Drama of Mad Sins and Mystery’ (1988) was an instant classic on the psychobilly scene. A slew of other records followed but after ‘Burn and Rise’ (2010) it was radio silence until they staged a triumphant return in 2020 when they dropped ‘Unbreakable’. Need a break from these turbulent times? Mad Sin is your medicine.