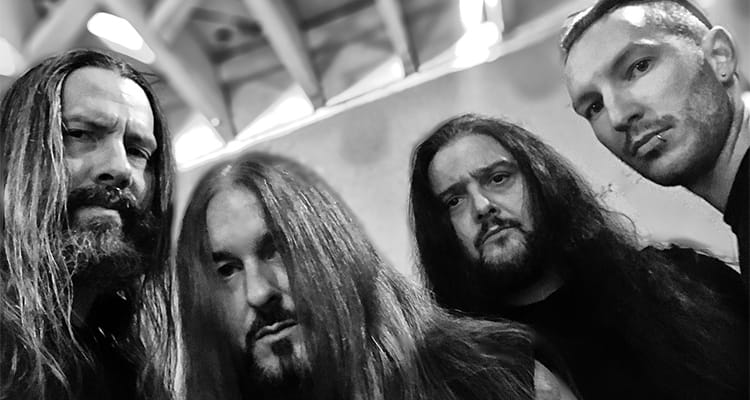 Kataklysm’s 1993 EP ‘The Mystical Gate of Recreation’ marked the birth of a new style in metal. By analogy with Fear Factory they called their music ‘northern hyperblast’.

Obstinately following their own course, their melodic, thrash-infused brand of death metal quickly attracted scores of extreme metal fans and, importantly, Fabrizio Iacono’s intelligible grunts make Kataklysm palatable to a non-death metal audience. Thirty years and fourteen studio albums later, the music of these prolific Quebecois death peddlers continues to evolve. With every new release they incorporate subtle style changes that help them stay at the forefront of the death metal scene. The writing on ‘Meditations’ hearkens back to the days of ‘Serenity in Fire’ (2004) and ‘In the Arms of Devastation’ (2006), whereas their most recent slab ‘Unconquered’ (2020) sees guitarist JF Dagenais experimenting liberally with a seven-string guitar that infuses the album with djenty and unadulterated deathcore moments. After a killer show we’re sure we’ll find them backstage nursing a St. Tabarnak beer – their very own beer brewed by Menin-based brewery Eutropius. Cheers!