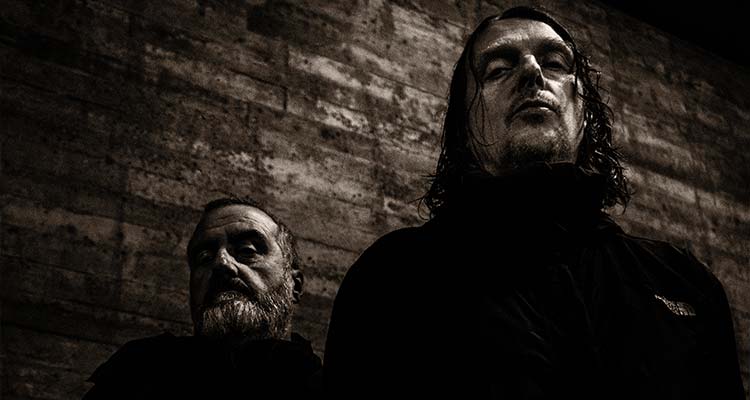 We haven’t billed too many industrial acts over the years but with Godflesh we are proud to present one of the genre’s leading lights. Justin Broadrick (guitar, vocals & programming) and bassist G.C. Green set up their joint project under the name Fall of Because in 1982.

It wasn’t until 1988 and their introduction of a drum machine that they changed their name to Godflesh. The duo may be labelled industrial but their music is far more than that, along the way incorporating elements of electronica, breakbeat, hip hop and dub into their repertoire. Their 1989 debut ‘Streetcleaner’ was considered extreme at the time and was a seminal release for the subsequent development of the industrial metal scene, although many post-metal bands are also indebted to Godflesh. In 1994 they forced a mainstream breakthrough with ‘Selfless’. In 2002 Green split and Broadrick also decided to explore new horizons. Eight years later they revived the band, resulting in the universally praised albums ‘A World Lit Only by Fire’ (2014) and ‘Post Self’ (2017) on which the ultra heavy and often foreboding atmosphere realises its full apocalyptic potential.