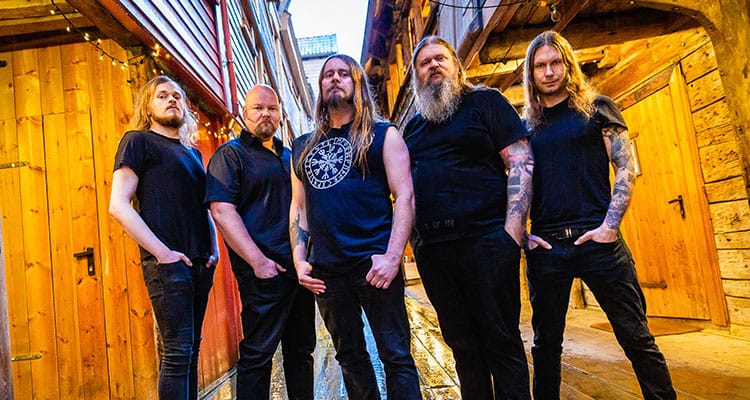 A millennium ago, the Vikings raided our shores, pillaging monasteries and laying waste to coastal villages along the way.

Nowadays, the Scandinavian invasion is a musical one and black/Viking metal heroes Enslaved have been at the forefront of that movement for twenty years now. Whereas their early efforts are limited to lightning-fast black metal, they have long since metamorphosed into virtuosos of extreme metal. Progressive song structures, a vintage Hammond organ and Pink Floyd-inspired guitar work go hand in hand with aggressive sections that sting every bit as hard as their early work. The release of ‘Monumension’ (2001) is a watershed moment for Enslaved. The band around Ivar Bjørnson en Grutle Kjellson starts to integrate more progressive and experimental aspects and even jazz into their output, naming Pink Floyd, Genesis and Rush as some of their influences. The vintage keyboards of Herbrand Larsen (since replaced by Håkon Vinje) add a new dimension to the overall sound and his clean vocals perfectly offset the impressive screams of frontman Kjellson. Their most recent outing is the first one to feature new singer and keyboardist Vinje. While not as innovative as earlier records, the new disc still has its experimental moments. It’s ethereal, groovy and psychedelic, with a memorable contribution by jazz saxophonist Kjetil Møster on the excellent album closer ‘Hiindsiight’.