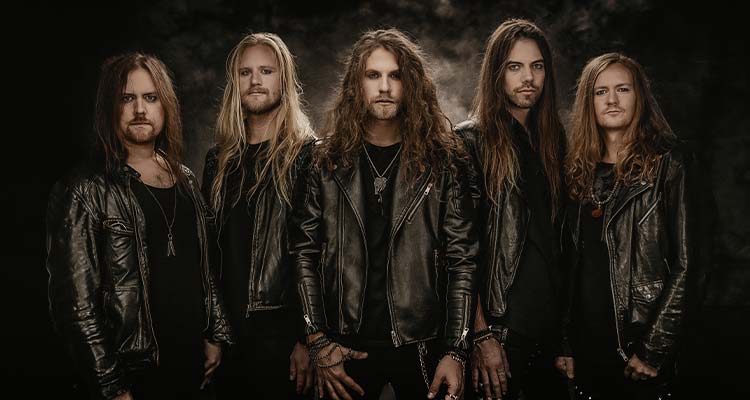 Back in the day when MySpace was still relevant, Dynazty recruited singer Nils Molin via the now almost defunct platform.

The year is 2008, exactly twelve months after guitarists Love Magnusson and John Berg founded the band in Stockholm. Initially they tried to catch the public eye by taking part in the so-called Melodifestivalen, the Swedish prelims for the Eurovision Song contest. It wasn’t until Spinefarm signed them for their fourth album ‘Renatus’ that things started happening for them. ‘Renatus’ is Latin for rebirth – and you can take that literally. Dynazty cast aside the poppy 80s indebted rock songs in favour of a kind of melodic hard rock/metal sound with an eye for themes such as mortality, spirituality and religion. And yep, that approach did catch on. Today the band are part of the AFM family and they provide them with all the resources they need to realise their ambitions as a top-notch metal band. ‘Final Advent’ dropped in August of 2022, their third slab for AFM and number eight in total.