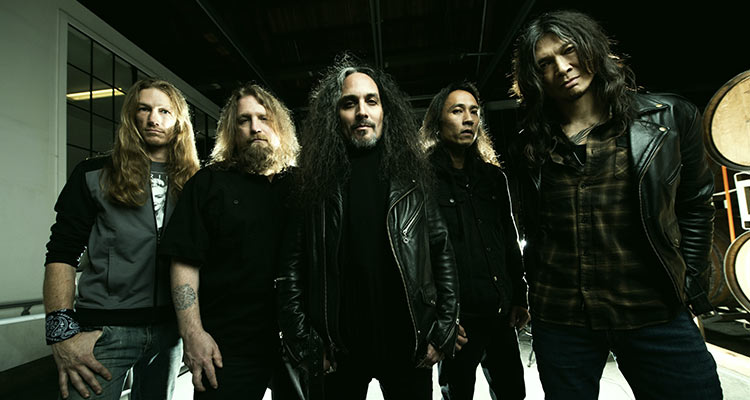 Over the years many die-hard thrash fans have worn out their copy of ‘The Ultra-Violence’ and ‘Frolic through the Park’. Suitably baptised ‘Act III’, their third long player was slightly less hard-hitting but all the more successful.

Just when they were standing on the cusp of a major breakthrough the universe decided to throw them a curve ball. A bus accident left their drummer seriously injured, an event that eventually snowballed into Mark Osegueda’s leaving the band in 1992. Death Angel remained defunct throughout the remainder of the nineties but crowd response to a one-off reunion in support of cancer-stricken Testament frontman Chuck Billy was so favourable that they eventually reformed. Before long they signed a contract with Nuclear Blast and in 2004 they put out their long-awaited fourth slab ‘The Art of Dying’, an overwhelming comeback for the legendary Bay Area thrashers. Next came ‘Killing Season’ (2008), a record that showcased an even harder, more powerful, more rhythmic, angrier and thrashier side to Death Angel’s talent. Their thirst was far from slated because ‘The Dream Calls for Blood’ (2013) maintained the same high standard as its predecessor and ‘The Evil Divide’ (2016) delivered a perfect mix of youthful rambunctiousness, musical versatility and awesome musicianship. Death Angel are more relevant than ever. This past decade they’ve dropped a top-tier album every three years, culminating in ‘Humanicide’ (2019) that landed them a much-deserved Grammy nomination for ‘Best Metal Performance’.