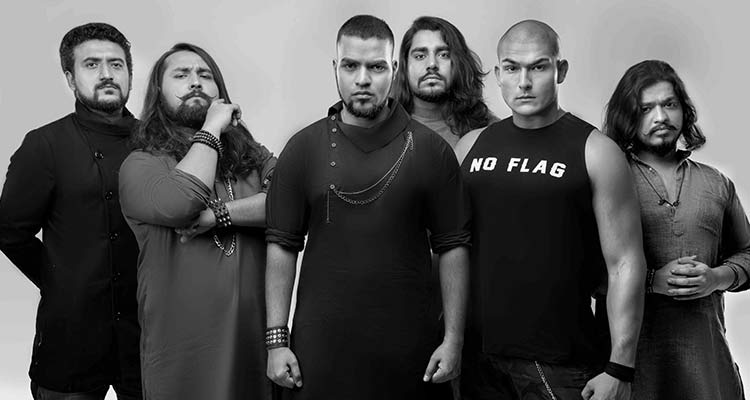 India’s cultural history is impressive but it’s not as if we’re being inundated with metal bands from the Indian subcontinent.

Bloodywood is here to change all that and it must be said, they are well on their way to putting India on the metal map. Here in Europe we’ve had no shortage of bands that integrate indigenous wind instruments and ethnic folklore into their music. Bloodywood does the same by incorporating Indian folk music – including traditional instruments – into their sound and... it works! The melancholic sound of an Indian flute, the stirring power of the Dhol (a double-headed drum slung over the shoulder), the hypnotic strumming of the Tumbi (a single-string plucking instrument) and other unusual but characteristic instruments from the country on the borders of the Ganges river make for an enriching combination with the metal onslaught, Hindi/Punjabi choruses and English rap verses. The result is an infectious mix of Indian street metal with the occasional nod to hardcore and rap metal. In their home country and across the Channel Bloodywood is turning into a sensation and they’ve been selling out shows left and right. Their 2019 ‘Raj against the Machine Tour’ (nudge-nudge) didn’t include any Belgian dates but with their first Alcatraz set the European mainland is next in line! Expect a Riot!