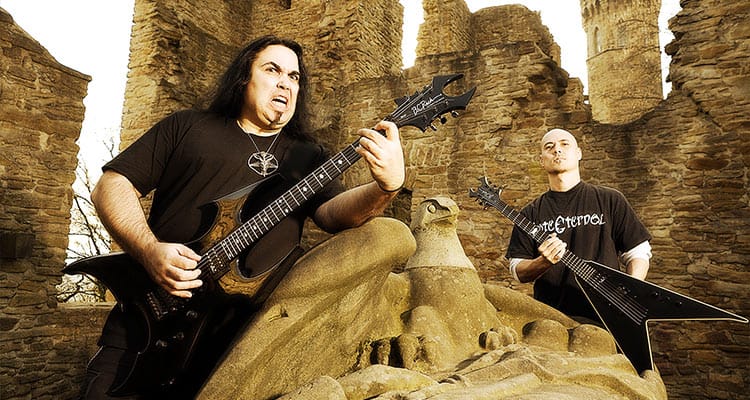 Forged in 1988, this American death metal band from Rhode Island has gone through myriad personnel changes with guitarist Tony Lazaro as the one constant.

While their heaviest album is undoubtedly ‘Dawn of the Apocalypse’ (2000), their most controversial effort is definitely ‘Dechristianize’ (2003) because of the less-than-Catholic album cover and the anti-Christian lyrics. What sets Vital Remains apart from their genre peers are the acoustic Spanish style leads and another typical trait is the duration of their tracks, many of which pass the eight-minute mark. When Dave Suzuki was recruited in 1997 lead guitar work started to feature more prominently in their song structures and his neoclassical style is instantly recognisable. Since 2007’s ‘Icons of Evil’ they haven’t put out any new work but as a live band they are as energetic as ever.