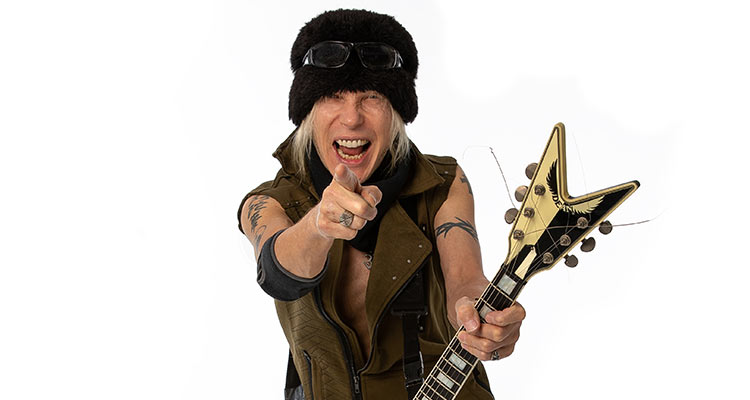 Few boast the pedigree of Michael Schenker. Over the years he has built an enviable track record in heavy music, spanning more than half a century and including stints in Scorpions and UFO but also as a solo artist and as the founder of a number of incarnations of and variations on the Michael Schenker Group.

At the time Scorpions released their debut album Michael Schenker was just 16 years old and the temptations that come with growing up in a professional music environment left their mark. To prove it, ‘Mad Michael’ Schenker is a recipient of the Marshall 11 award, which is bestowed on those artists and musicians who “represent rock 'n' roll excess and livin' on the edge”. Schenker is hailed as one of the most influential heavy metal and rock guitarists of his generation, influencing the likes of Dave Mustaine and Marty Friedman, Rhandy Roads, Gary Holt, Kerry King, Eric Peterson and Alex Skolnick, James Hetfield and Kirk Hammett to name but a few. If you need an introduction into the sonic universe of Michael Schenker, UFO’s ‘Lights Out’ (1977), ‘Strangers in the Night (1979) & Walk on Water (1995), and The McAuley Schenker Group’s Perfect Timing (1987) are a great place to start.