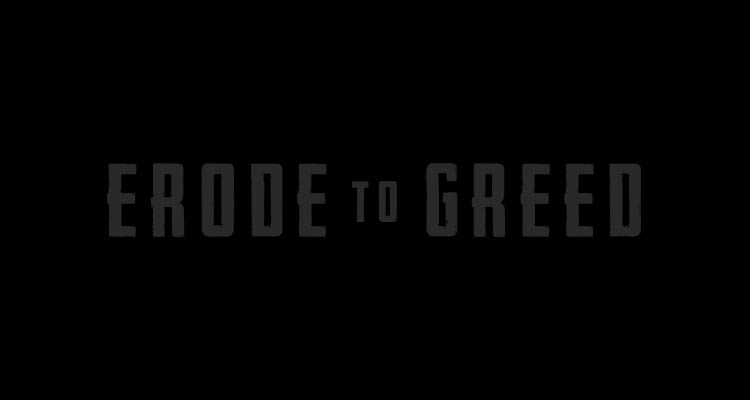 Ghent in the late eighties, early nineties. The notorious Koning Boudewijnstraat in Ghent is the epicentre of the metal scene in Belgium and beyond.

We’re witnessing the explosion of a music genre with such progenitors as Forbidden, Exodus, Testament and Vio-Lence that put the San Francisco Bay Area on the international metal map in the slipstream of thrash giants Metallica and Slayer. Peter Iterbeke (guitar) is a regular at Ghent thrash pub Alcatraz where drummer Yves Demaertelaere spins records. Both have been part of several failed projects and decide to join forces. Erode to Greed is a thrash band molded on the Bay Area blueprint and before long the line-up is fleshed out with guitarist Christiaan Charles Borny, bassist Yves ‘Ross Demon’ and vocalist Pascal Vandepitte. In 1992, their relentless drive and conscientious rehearsal work results in a four-track demo that turns heads both in Belgium and abroad. ‘State(ment) of Mind’, ‘Doorways to All Horrors’, ‘Memory’s Orphan’ and ‘Deafening Silence’ are high-speed thrash rollercoasters but unfortunately the adventure is short-lived. Guitarist Peter joins Channel Zero only to embark on an alternative music adventure one year later with his own band Feed. Drummer Yves eventually mans the kit for the amazing Jason Rawhead and bassist Yves ‘Ross Demon’ forms the meanwhile legendary bands Length of Time, Enthroned and Angel Crew. Alcatraz 2020 will set the scene for the first reunion of the original line-up in more than a quarter century! Hell yeah!