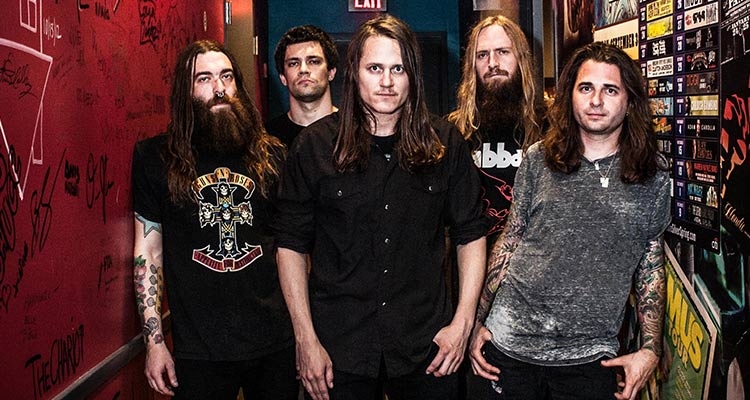 Darkest Hour is one of those bands to emerge from the New Wave of American Heavy Metal that failed to make the big time early on in their career.

Their recording debut ‘The Mark of the Judas’ (2000) offered an extremely catchy amalgamation of hardcore and melodic death metal that was streamlined on ‘Hidden Hands of a Sadist Nation’ and ‘Undoing Ruin’ (2005). The former clearly bears the stamp of Swedish melodic death metal producer Fredrik Nordström, enabling the band to tap into a new demographic by attracting more mainstream attention. ‘The Eternal Return’ was another blistering record but somehow Darkest Hour never got the credit they deserved. Following the tepid reception of the eponymous ‘Darkest Hour’ (2014) they went back to doing what they do best: deliver raging metalcore. First they embarked on a worldwide tour to mark the tenth anniversary of their celebrated ‘Undoing Ruin’ album before recapturing their roots on their latest effort ‘Godless Prophets & The Migrant Flora’ (2017), which was hailed as nothing short of a rebirth.